(SAUSALITO, CALIFORNIA) November 2018 – Vine Connections has uncovered a Japanese spirit unlike any other. The long-time importer of premium Japanese sake is pleased to present Rihei Ginger to the U.S., a meticulously handcrafted Honkaku Shochu that is uniquely single-distilled from 20% local Japanese ginger.

Rihei Ochiai, the distiller behind this artisanal spirit, is known locally in Japan’s Miyazaki Prefecture as somewhat of a mad scientist for crafting high quality, small production shochu from unique ingredients such as pumpkin, bell pepper, onion and yomogi leaves. Rihei Ginger was born when a local farmer heard tales of these experiments beyond traditional rice, sweet potato and barley ingredients and requested that Ochiai craft a shochu from his heirloom ginger. 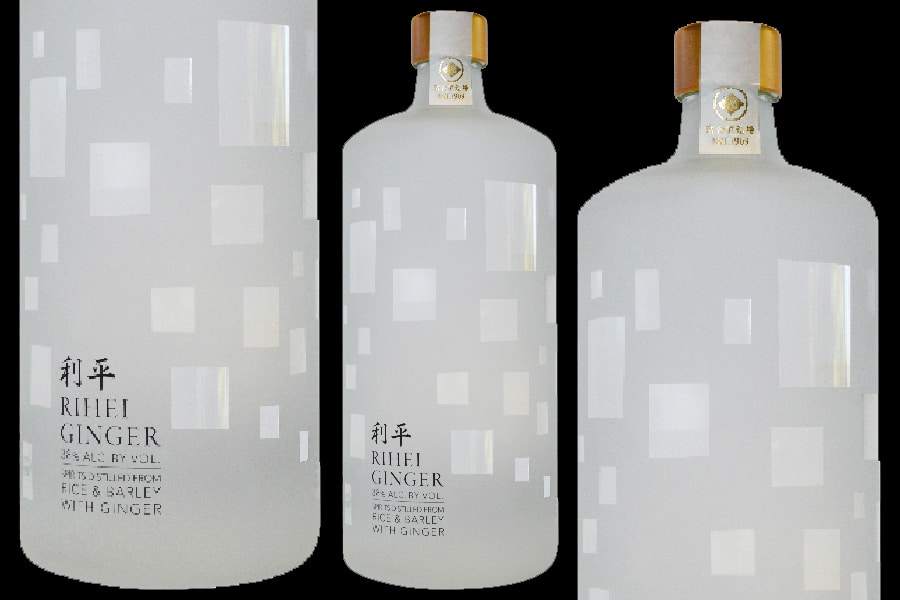 It was this ginger-based craft spirit that blew the Vine Connections team away when they ventured a visit to the distillery after hearing local talk of Ochiai’s innovative botanical experimentations. With 38% alcohol, Rihei Ginger contains 20% ginger, 30% rice, and 50% barley. In this way, Rihei Ginger is more reminiscent of a Japanese gin than a shochu, making it a niche product that is totally unique to the landscape of Japanese craft spirits.

“Rihei Ginger is an exciting discovery for the Japanese Craft Spirit category, as it combines the unparalleled purity of high quality Honkaku Shochu with a modern botanical twist. We think this Shochu will play well in U.S. market because it taps into the increasing popularity of Japanese craft spirits, such as Japanese gin and whiskey,” says Ed Lehrman, co-founder and managing partner of Vine Connections.

Exhibiting notes of citrus and warm spice, without the cloying sweetness typically associated with ginger spirits, Rihei Ginger can be enjoyed in a wide-range of classic and modern cocktails. Rihei Ginger comes in a 750ml bottle with a suggested retail price of $55. Available nationwide this fall.

Established in 1909, Ochiai Distillery is located in the Miyazaki Prefecture, which is also known as the heart of shochu country. Ochiai is a 4th generation, family-run distillery that honors the traditions of their 100-year-old past while continuing to evolve as an award-winning shochu producer in the 21st century.

Founded in 1999 by Ed Lehrman and Nick Ramkowsky, Vine Connections pioneered the first nationally imported portfolio of artisan wines from Argentina and soon after introduced the US to a premium selection of Japanese ginjo sake. In 2013, they launched “The New Chile,” a diverse, high-quality, appellation-based portfolio of boutique Chilean wine. The company represents the largest portfolio of boutique Argentine and Chilean wineries in the United States with almost 70 wines and 20 brands produced by some of South America’s most highly regarded winemakers and viticulturists. Their small domestic portfolio is a collection of some of California’s most exciting people-driven wines. Vine Connections also represents 16 of Japan’s finest sake breweries that produce some of the world’s best artisan chilled sake. Vine Connections is headquartered in Sausalito, California.