Todays cocktail was inspired by Briana Francisco and her 1 in 100million video where she talks about her life as a Quality Assurance Brewing Technician at Deschutes Brewery. After watching her video we decided to use the Deschutes Chainbreaker White IPA as the base for this Strawberry Shandy cocktail with orange juice and fresh strawberries. But first here’s a little about Briana herself. 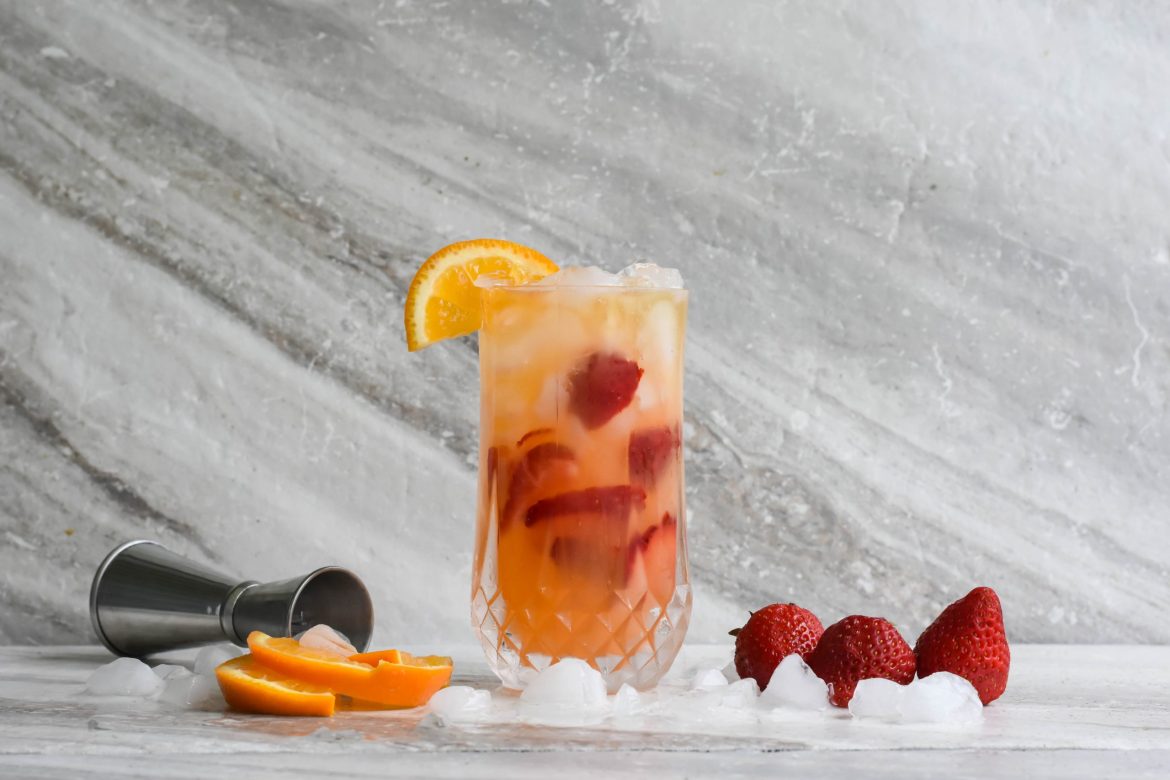 Briana went through college drinking “boy beer” as she found the lager or whatever mas produced product her friends were drinking to be unsatisfactory and opted for the craft beer instead. When she finished college and was looking for a job she found that Deschutes needed someone in Oregon and though she didn’t know anyone there nor had she ever even visited this small town she took the job primarily because they produce her favorite beer; the Deschutes Black Butte Reserve Series. Briana has even become such a beer snob that when on a date once, the gentleman with her poured his nitro stout with inadequate pouring technique to her standards and based on that she didn’t see him again.

Briana’s main priority every day is ensuring consistency throughout the entire process, if something isn’t right at any point it will affect the final product so it is better to catch it where you may have a chance to fix it. Deschutes even has a sensory panel of around 10 people who first thing every morning spend their time tasting through every step of the beer production process to find any flavor or chemical impurities the “CSI” machines may have missed. She even believes that quality and consistency is so important in the modern world because with social media, it only takes one person’s negative photo or comment to create a bad product image.

While browsing through the video series I also came across Mike Perez who began his career in the prison kitchen while serving time for some bad decisions early in life until he was released in mid 2006 and participated in the intensive 12 week silver fork program and has worked hard to become the sous chef for Hearty Boys Catering. Click here and take a few minutes to browse through the personal stories of these professionals who have gone unrecognized for the necessary jobs they do each day.